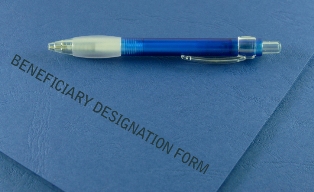 A new Washington State Court of Appeals decision was issued on June 1, 2015, which makes it clear that if you have not removed your ex-spouse as your beneficiary from your pension or retirement plans that are Federally regulated and you die – your ex-spouse will get the money.  Even when your divorce decree awards you all of your pension or retirement, if you do not change your beneficiary form, the Federal form mandated by ERISA, the state court cannot help your estate make a claim to that money.  The case can be found here – http://www.courts.wa.gov/opinions/pdf/719009.pdf

And, the decision makes it very clear that even where this Decree stated that 100% of the deceased man’s pension plan was awarded to him as his separate property, the old beneficiary designation form which gave his ex-Wife all the proceeds upon his death was controlling  Four years had passed from the time of divorce to the time of death and the man failed to change the form with his employer.  When he died, his ex-Wife received $497,435.77.  The Court of Appeals made it very clear when it overruled the trial court and stated that Federal law preempts a person’s reliance on Washington State Court orders or statutes.  The Court of Appeals did not decide whether there would be an ability in future cases to claim a basis for action against the ex-spouse where there was a private agreement (no specific agreement existed here), but that little loophole is not a reason to fail to act now.